Sonam Kapoor at National Film Awards ceremony. She received a prestigious National award by  President Pranab Mukherjee for her role in the 2016 film Neerja, this is biggest moments in her film industry. In her big day, Sonam draped a green saree by Anamika Khanna. Looks impressive with beautiful saree and Kundan jewelry. 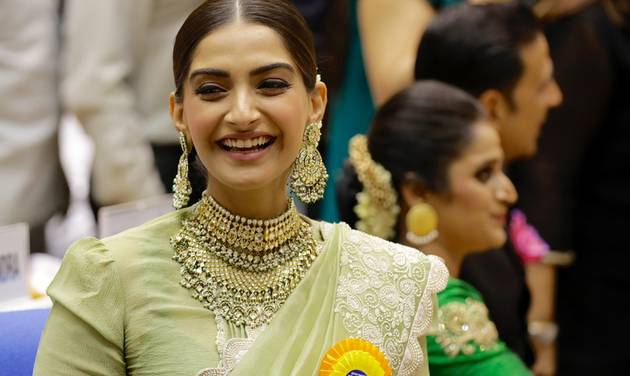 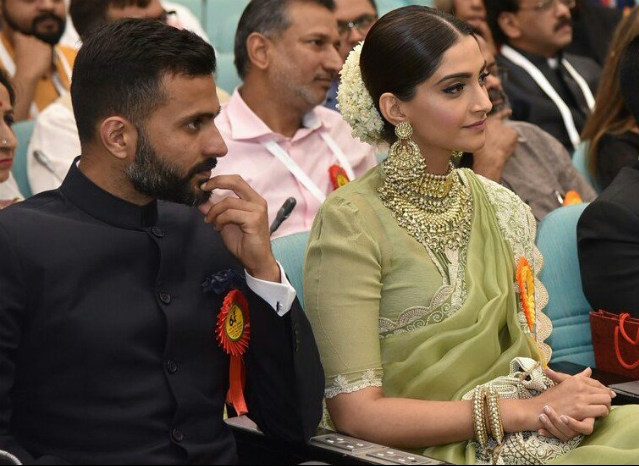 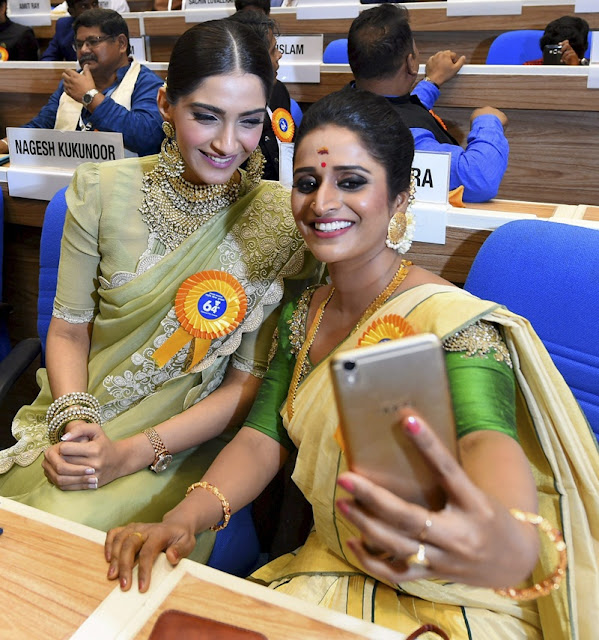 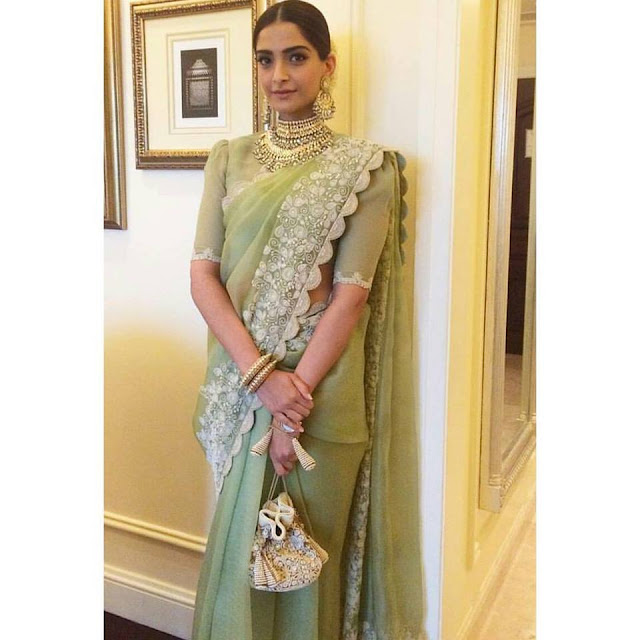