Sonam Kapoor and Anand Ahuja’s wedding celebrations begun with their special Mehendi celebration, which had only the most special guests who were the closest to the bride and the groom. They decided to have another ceremony for Mehendi on a larger scale to which a larger number of guests were invited on the next day of the close family celebration.

This is the e-invite for the Mehendi celebration of Sonam Kapoor and Anand Ahuja as had been sent to the guests for the ritual which was held on the 7th of May, 2018, post the intimate Mehendi celebration of the couple with family and close friends. This was accompanied by a number of e-invites for other pre and post-wedding rituals.

This is how the couple happily marked the beginning of their togetherness becoming official. They both complimented each other through their co-ordinated outfits and looked as mesmerizing as ever.

The camera lover, Sonam Kapoor, never fails to pose just the right way. And clad in this beautiful authentic Indian lehenga and traditional earrings, she did just the same by topping it with her beautiful smile. She looks just as beautiful in the post-ritual picture, as she did earlier. The happiness on her face was evidently one of the most considerable reasons for the dark colour of her mehendi.

Sonam had invited his best friend Kunal Rawal to her mehendi ceremony. He wore a white kurta-pant attire paired with a perfectly suiting black jacket. Samyukta Nair, another childhood friend of Sonam, shared a click with her and Kunal.

Harshvardhan Kapoor, Arjun Kapoor, Rhea Kapoor and some more close family members attended the ceremony. While Rhea Kapoor dressed in an Indian golden-white outfit chose to make her mehendi-clad hands the highlight of the picture; Harshvardhan and Arjun posted a few selfies. Arjun Kapoor wore an orange coloured sherwani, whereas Harshvardhan teamed his white sherwani with a grey jacket.

The ceremony was a close affair yet saw some of the most eminent faces of the Bollywood Industry. Celebrities like Karan Johar, Khushi Kapoor, Janhvi Kapoor, Sanjay Kapoor, Masaba Gupta, Arpita Mehta, Karan Boolani, Pernia Qureshi, stylist Tanya Ghavri, Anshula Kapoor, Mohit Marwah, Shanaya Kapoor as well as some other guests were seen flaunting their attires in this ceremony.

While Karan Johar wore an Indo-western kind of white sherwani and teamed it with a broach. Sonam’s cousins Janhvi Kapoor and Khushi Kapoor were also beautifully dressed in their Indian attires. Janhvi was wearing a white and gold ensemble, Khushi Kapoor attended the ceremony in a navy-blue Manish Malhotra lehenga. They all looked gracious.

Their presence made the ceremony all the more special for Sonam and Anand. 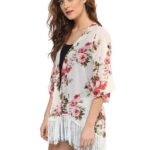 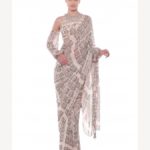