Weddings are a big thing. And its bride’s special day, but the wedding preparations go way back to weeks or even months. They say that everything should be according to the new couple’s wishes so the same should be in the case of mehndi right? Are you the bride who’s looking for simple mehndi designs? Worry not; this article is made just for you. During the big and vibrant days, you need something heartwarming and soothing, these 25+ Images of simple bridal mehndi designs are really cool and you should totally check them out. So what are we waiting for? Let’s get started! 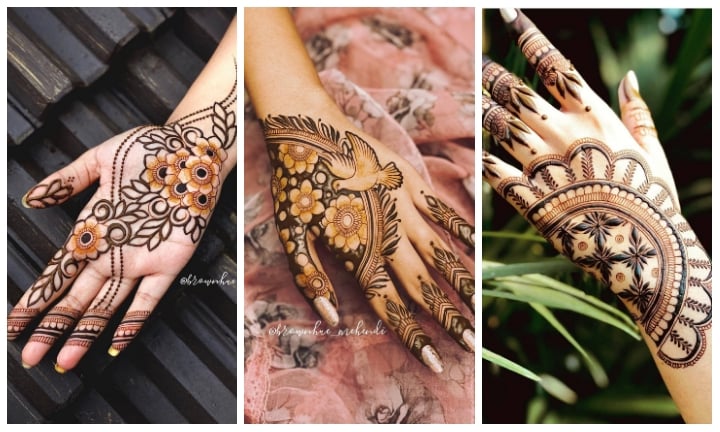 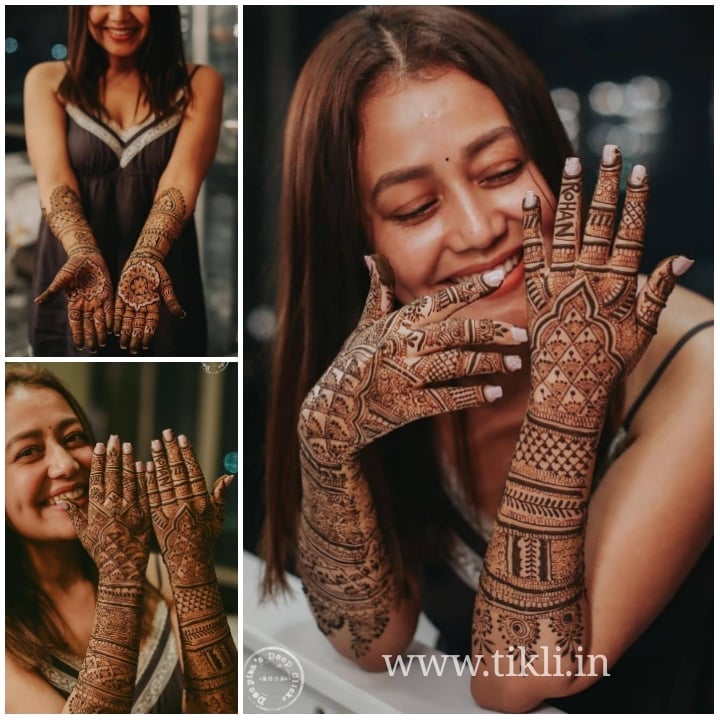 Beautiful flowers with detailed patterns are an all-time choice among brides. The traditional mehndi which cover the bride’s entire arms are a forgotten choice now. These days modern brides prefer to art mehndi only till their wrists, forearms maximum. These are some simple bridal mehndi designs that are easy to apply and maintain until they are dry. If you hate sitting idle these are some great options for you.

This one looks like you are wearing a fancy glove on your hand with stunning designs.

Lotus is considered as a symbol of wealth and luxury, designing a simple lotus mehndi can be considered equivalent to the luck and happiness you want to shower your family with. 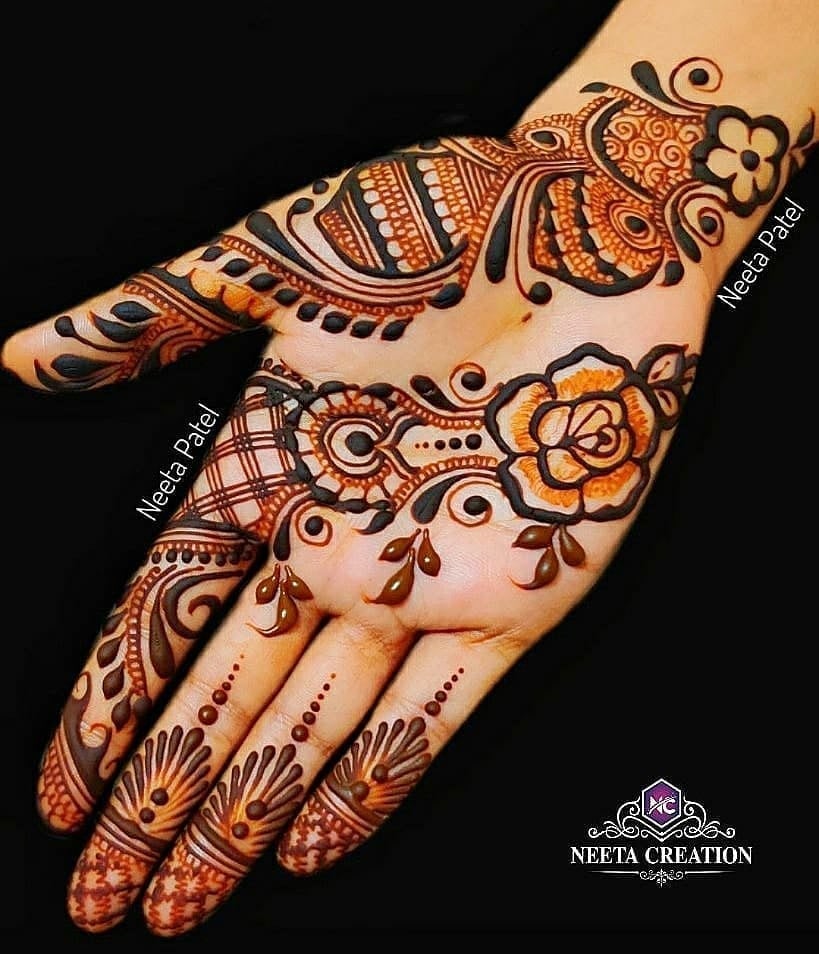 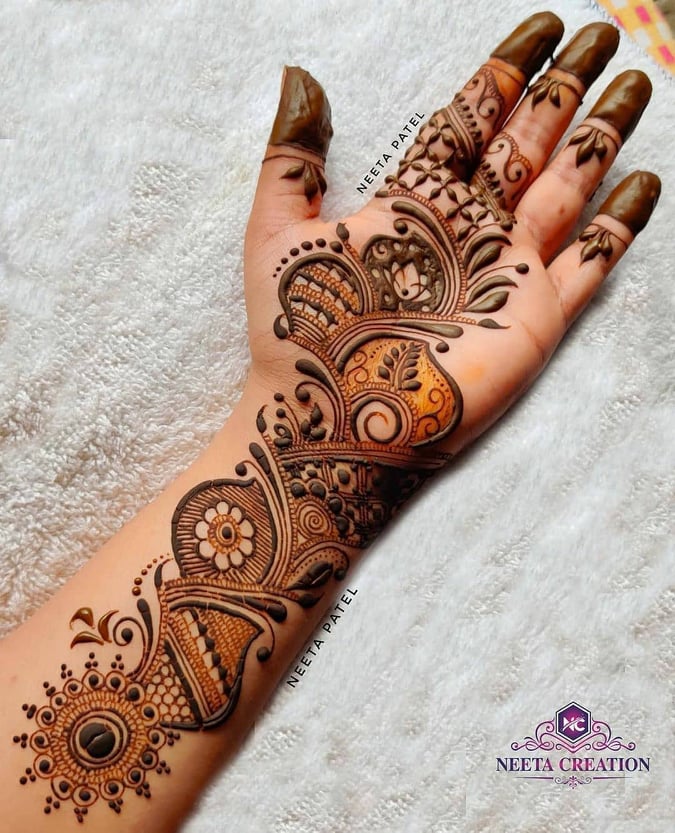 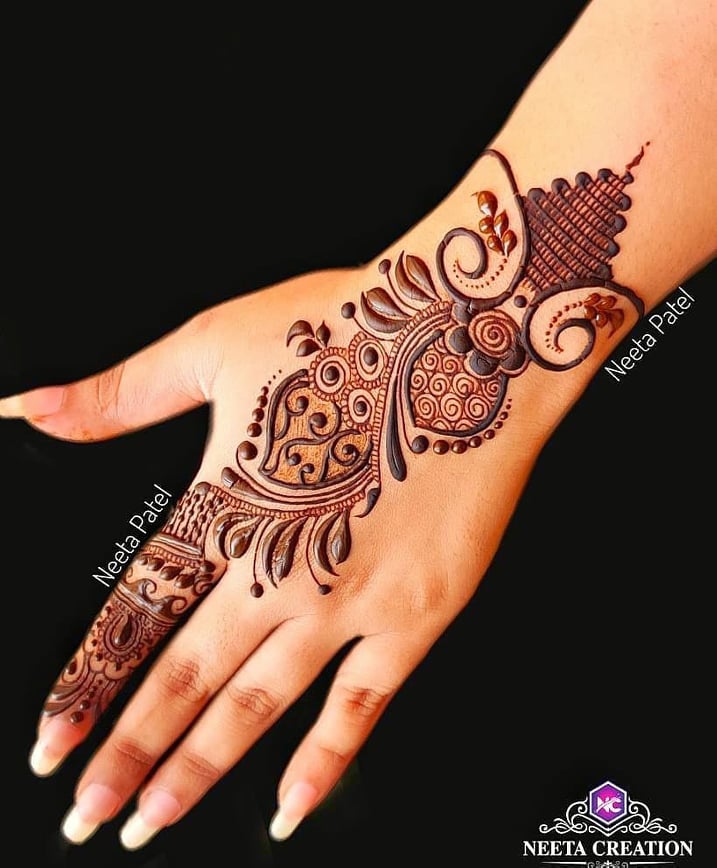 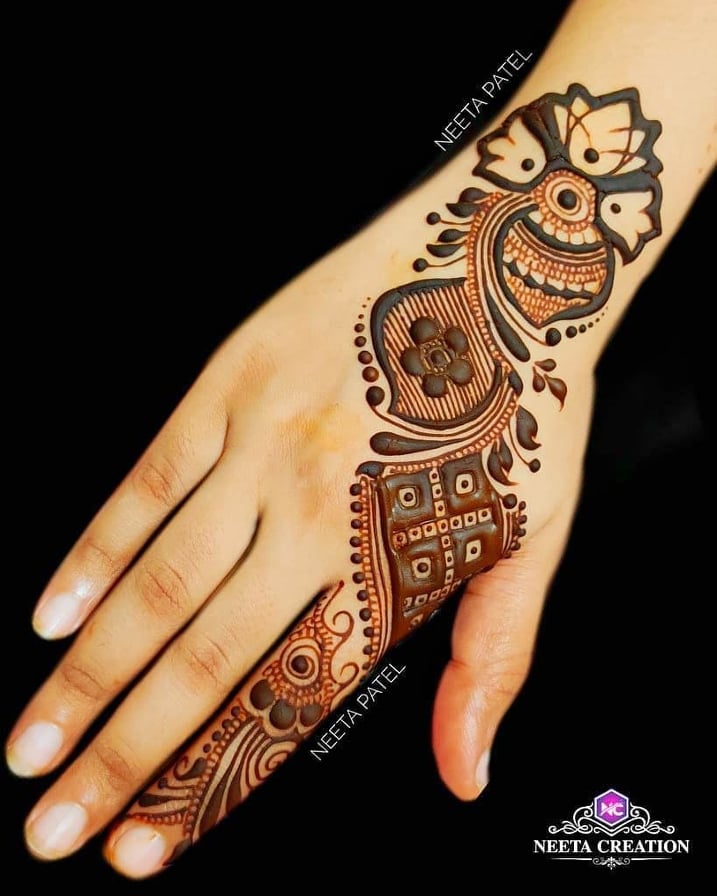 The Arabic style of mehndi is like a new twist to the original mehndi designs. Leaving some space on your palm while decorating it with henna, highlights the designs. It brings out the simplest designs while making it extravagant. 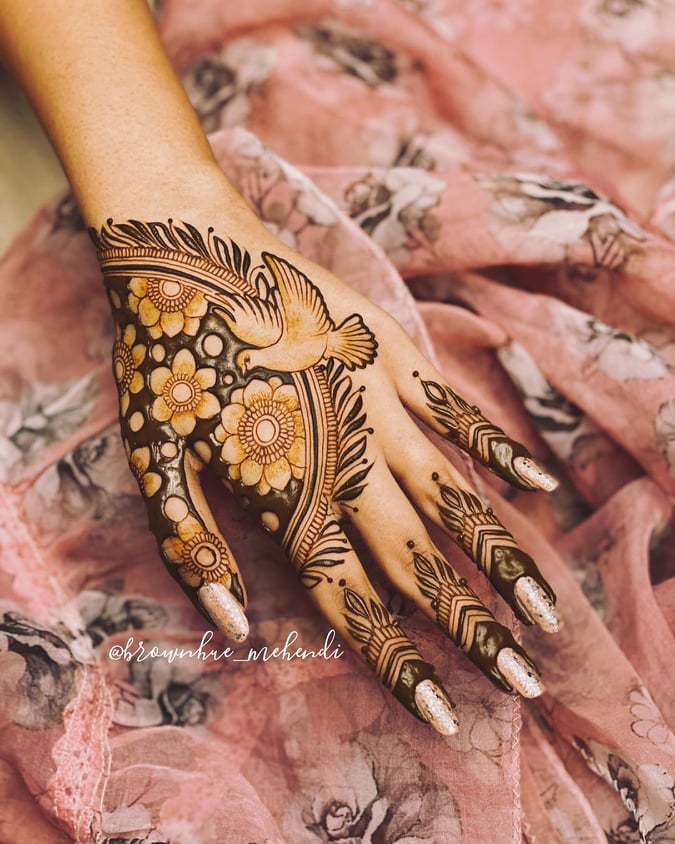 A dove to show the peace and prosperity you wish to bring upon your new family.

Designing a single big flower and decorating it with miniature patterns gives you a regal look.

The key to the best mehndi is to keep it short, simple, and sweet. 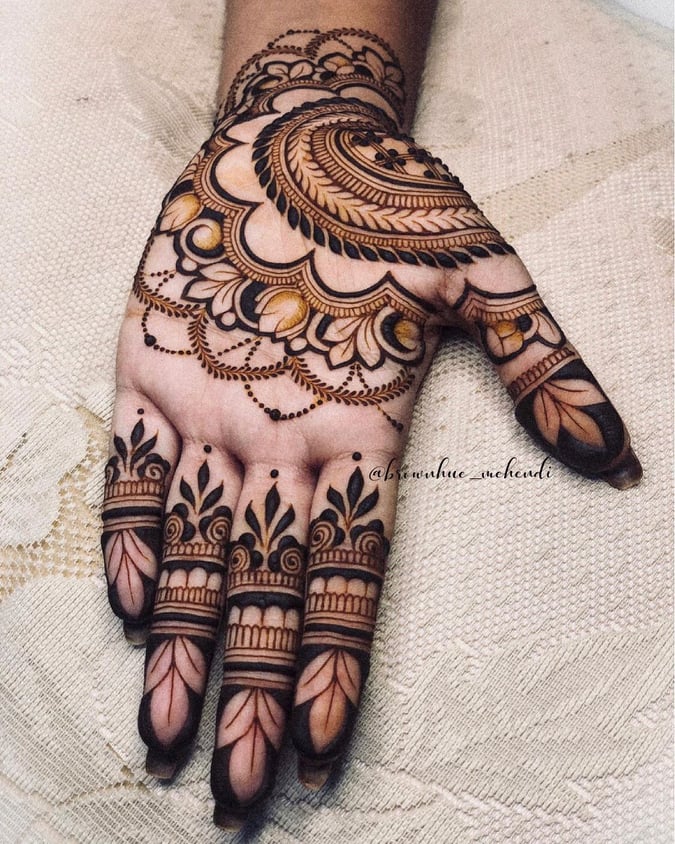 Recommended Article: 50+ Amazing Mehndi Designs For Leg Which Are Perfect For Bridal 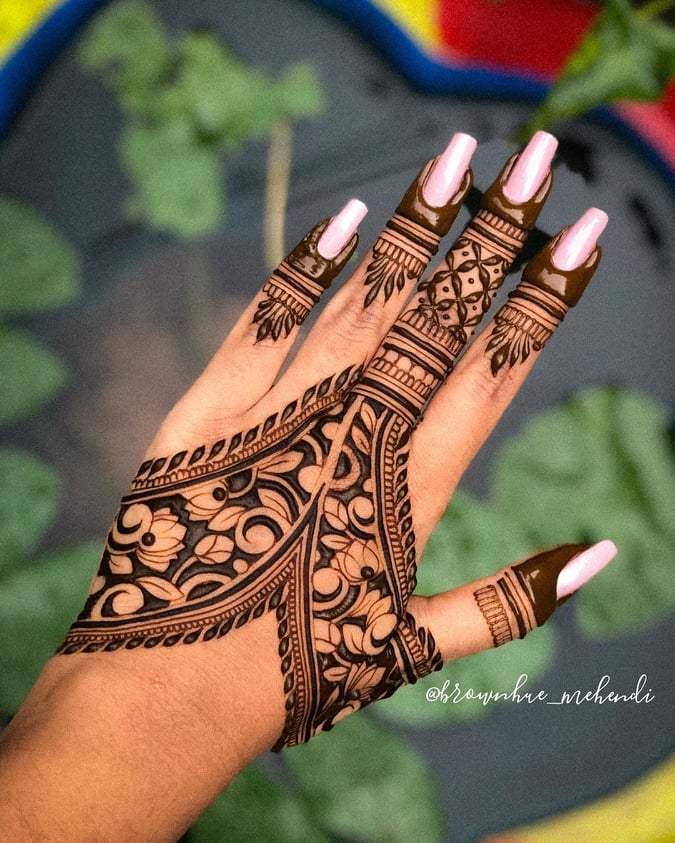 This design looks like you are designing a delicate lace border on your hand. 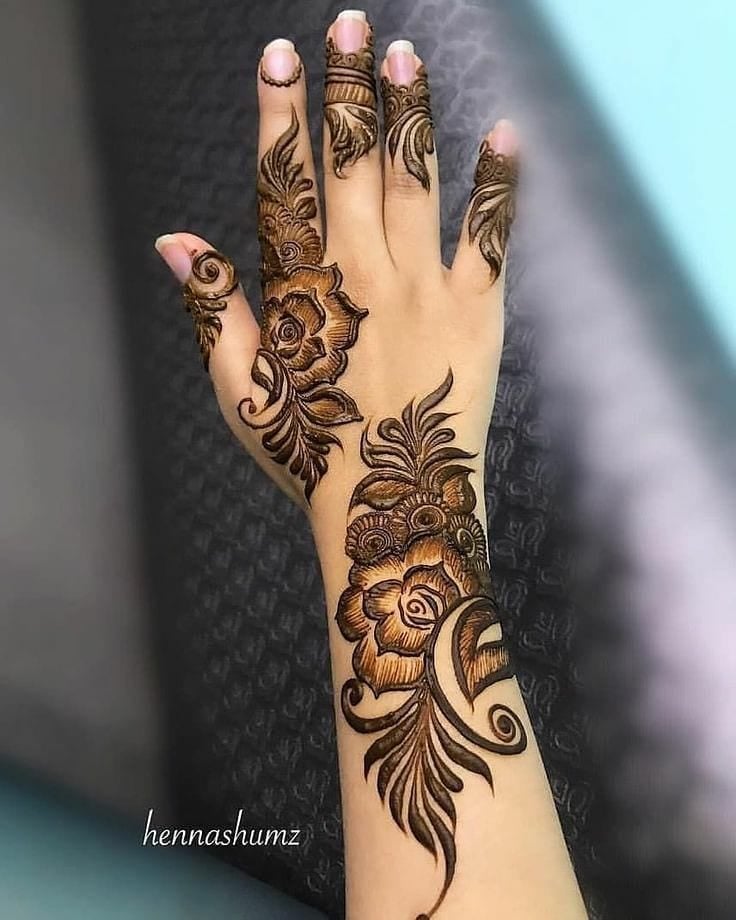 This delicate flower pattern design along with leaves branching out is such a unique and simple bridal mehndi design. It’s simple at the same time it’s trendy.

Symmetrical mehndi designs are so intricate and give a beautiful appeal.

These geometric designs are so satisfying to the eye. Filling the tips of the fingers with mehndi and decorating it with various patterns also looks spectacular.

The above mehndi design is simple yet it always seems to stand out. 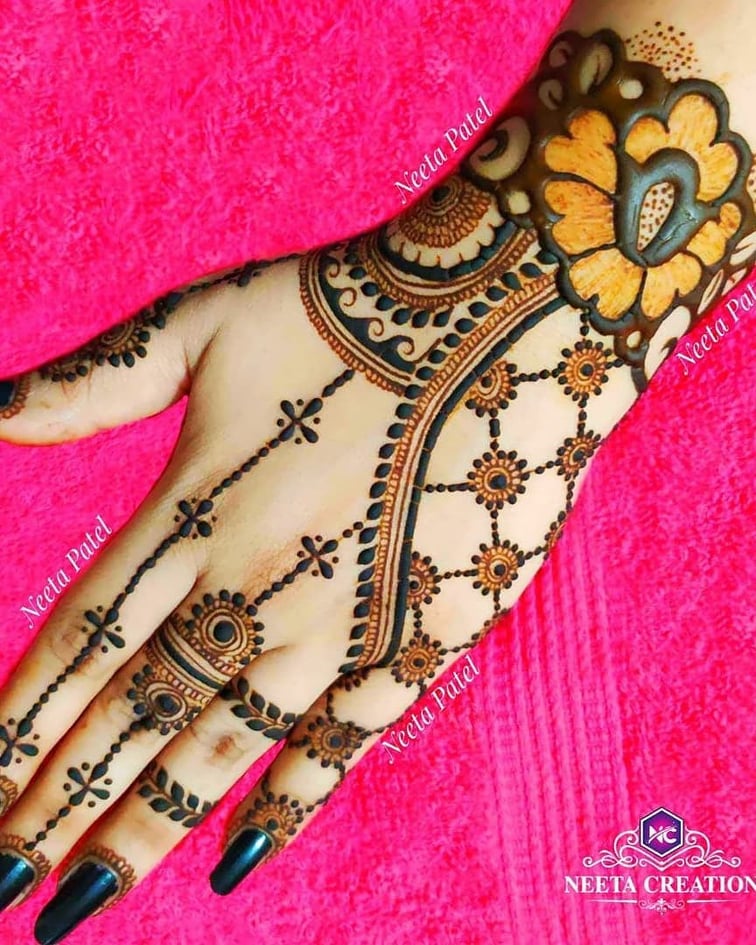 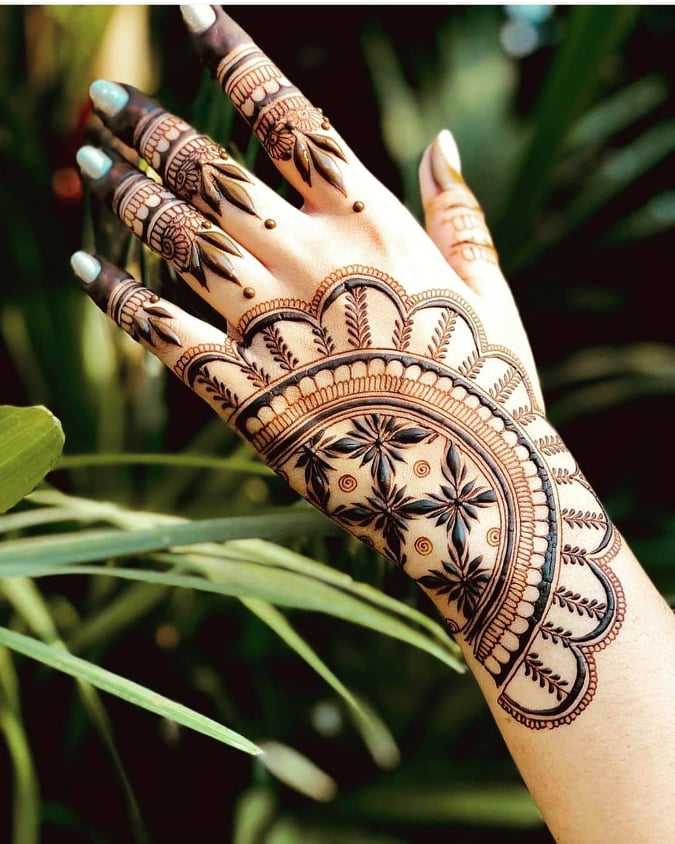 Some of these mehndi looks like rangolis, to be honest. 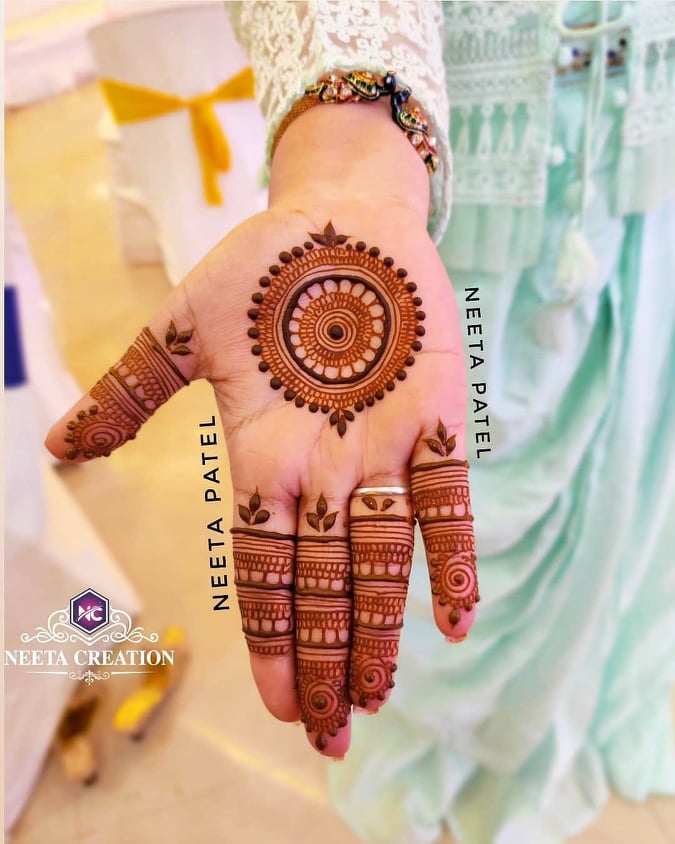 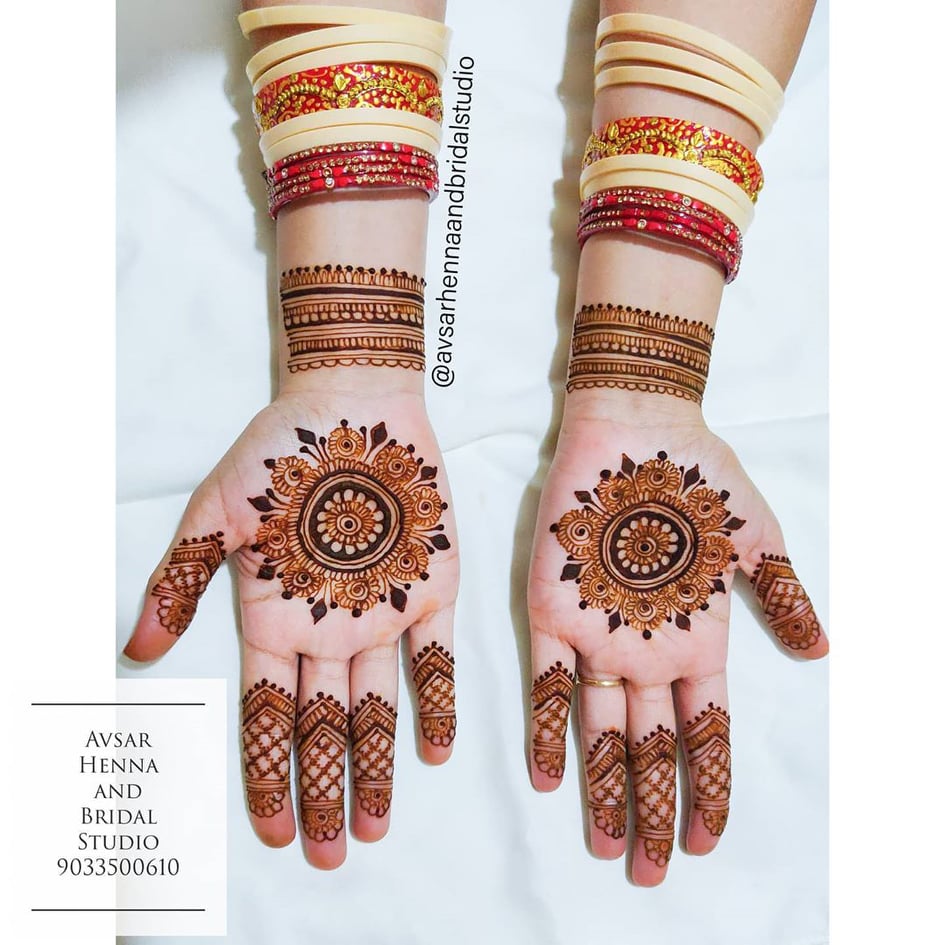 Nothing is better than the good old Mandala mehndi with a twist of modernity. 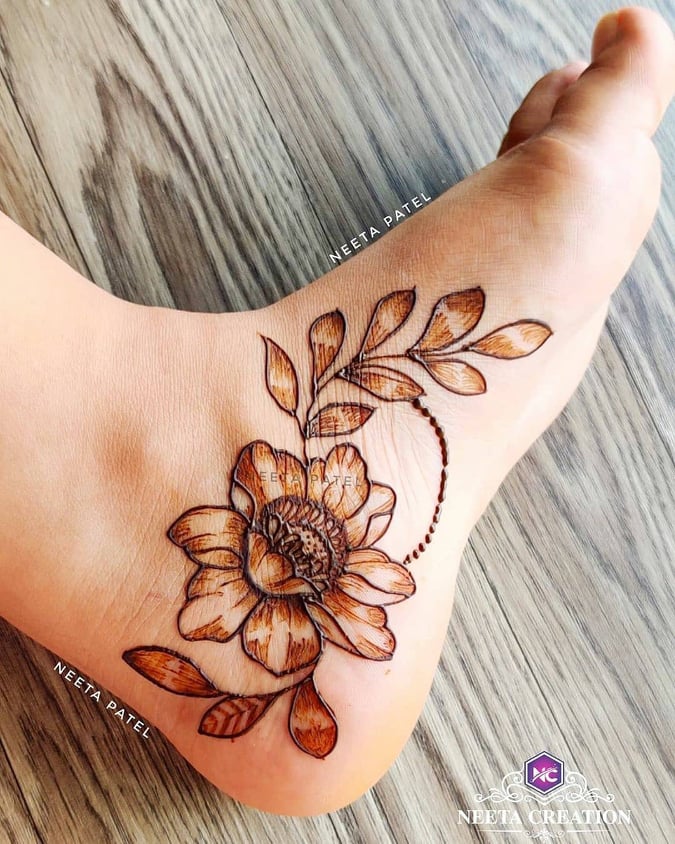 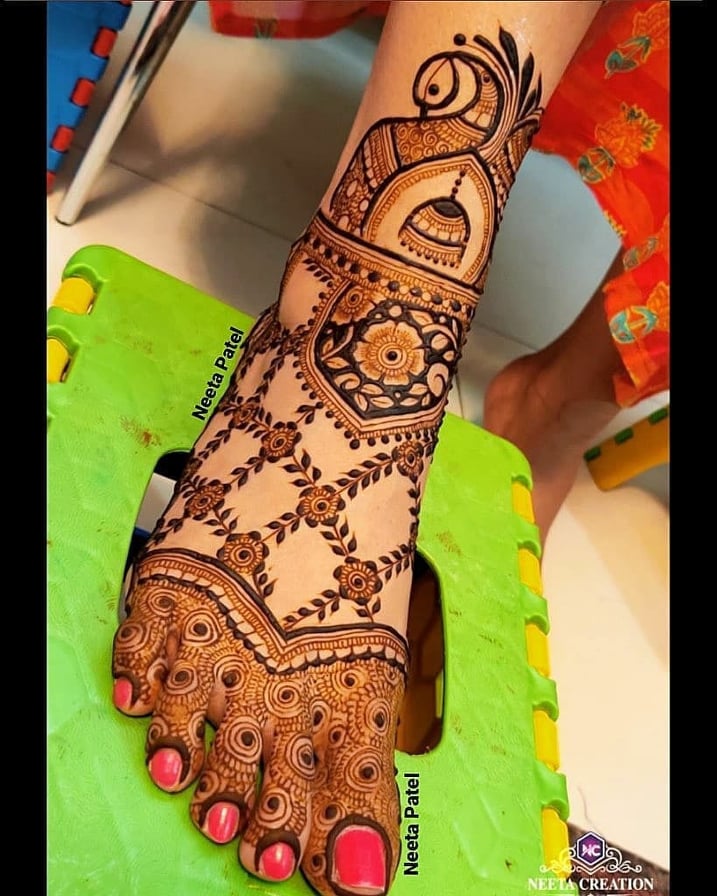 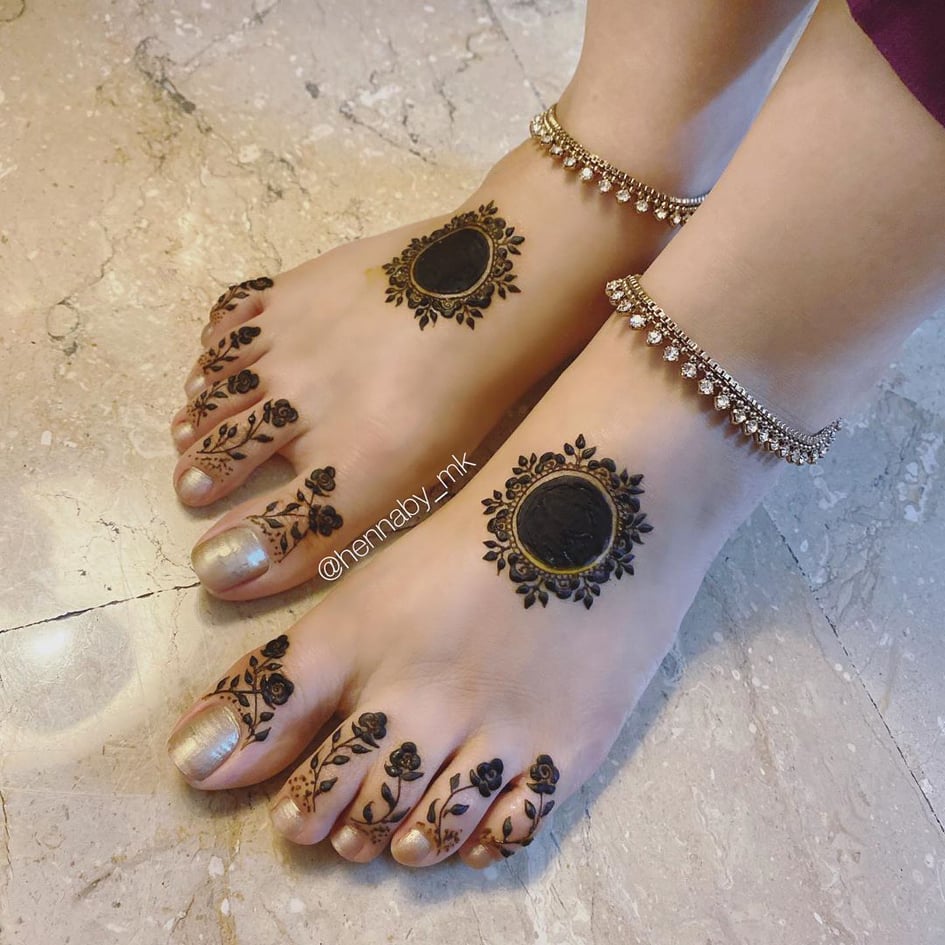 Simple mehndi designs for leg, these designs are so yet so elegant! 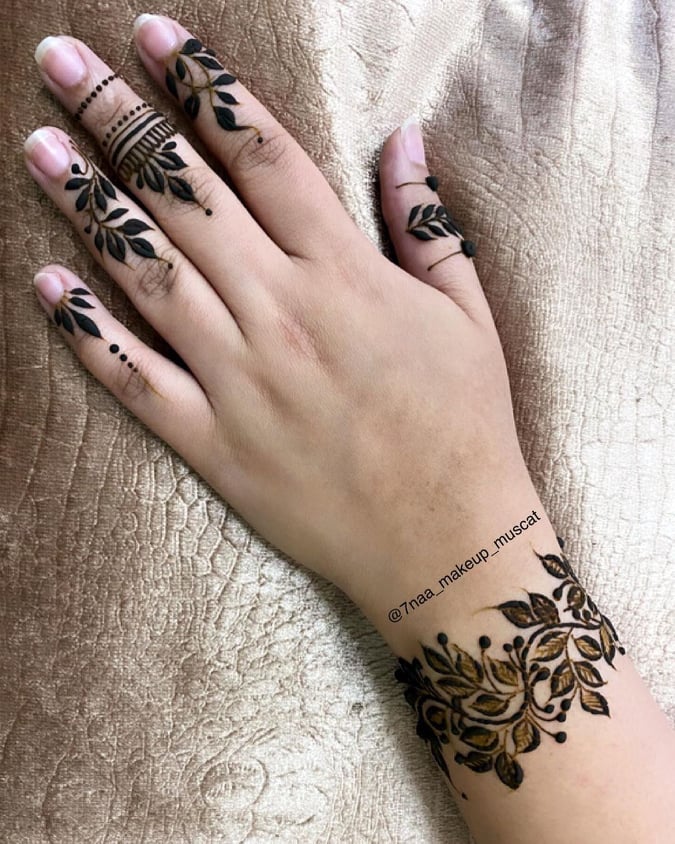 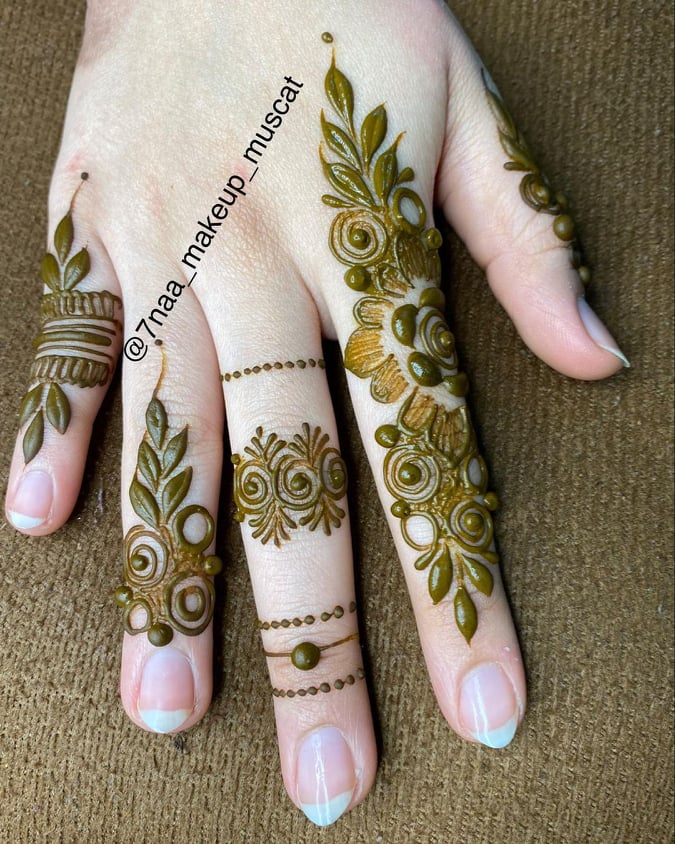 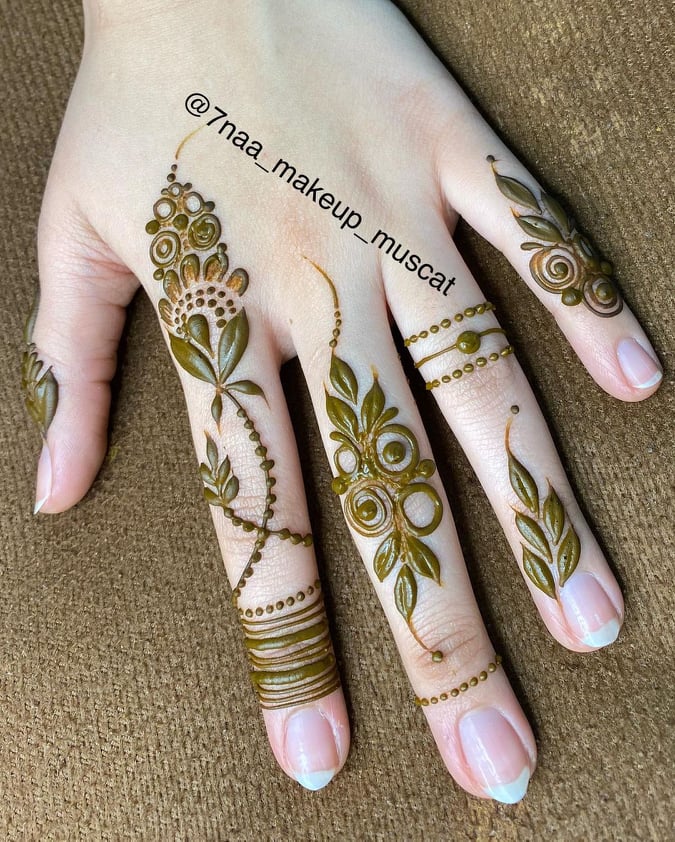 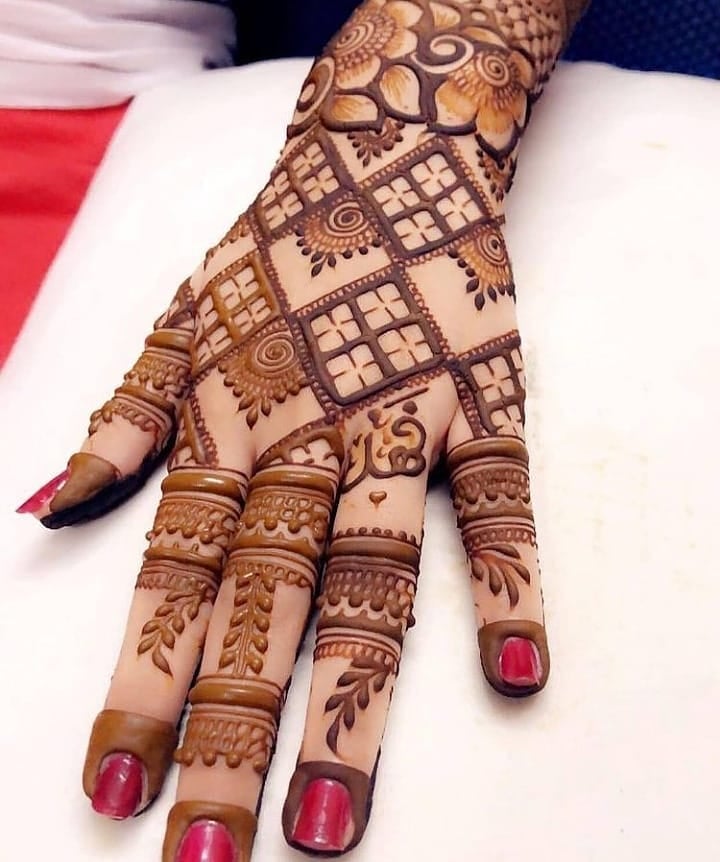 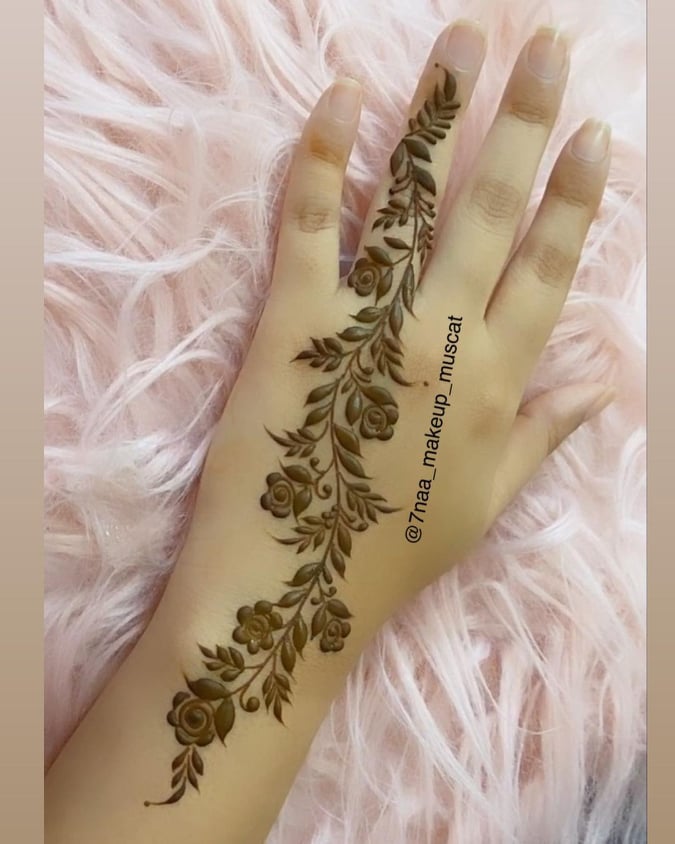 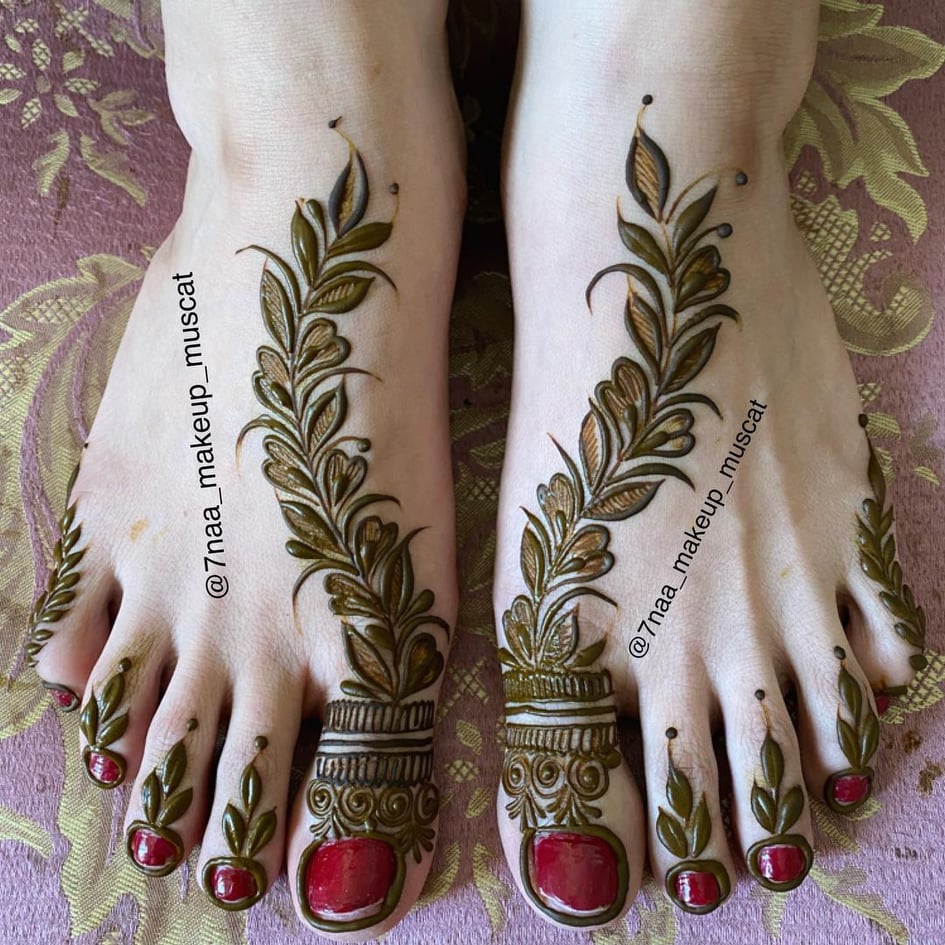 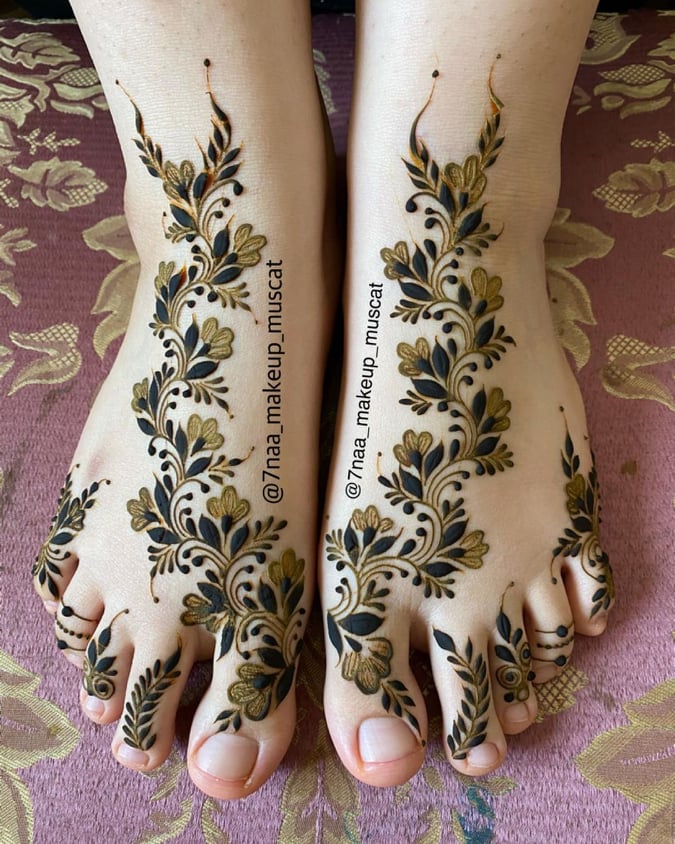 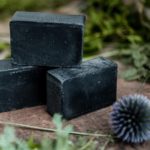 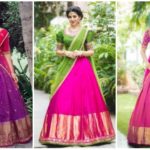