The official trailer of Varun Dhawan and Anushka Sharma starrer Sui Dhaga-Made in India, produced by Maneesh Sharma under the Yash Raj Films(YRF) banner, released on 12th August. The movie revolves around the story of an entrepreneur couple, Mamata, and Mauji. 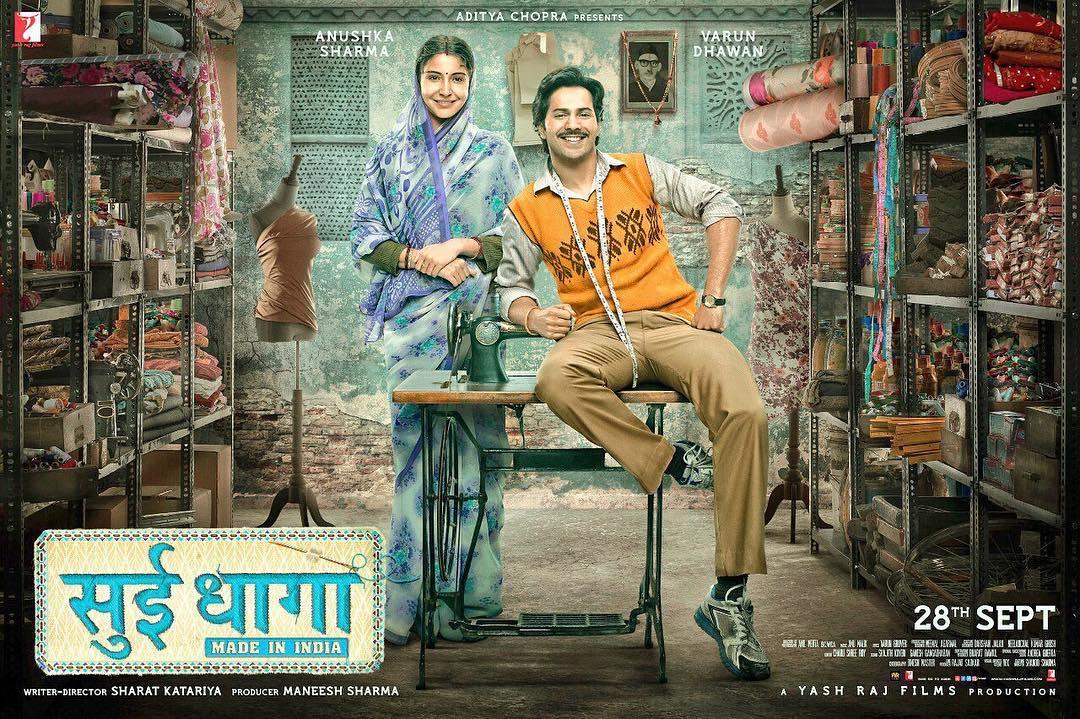 Mauji (Varun Dhawan), an enthusiastic and zesty man who is content with his exiguous life until Mamata helps him realize his amour propre and inner potential and start his own business. Sui and Dhaga (Needle and Thread) pave their way “from unemployment to self-employment”. The story portrays the constant turmoil that the couple goes through on this journey of emancipation and becoming self-reliant.

The story is inspired by the Make in India initiative by the Central government launched on 25th September 2014 to boost national and international companies to manufacture in India.
Both the actors can be seen in unconventional avatars, definitely out of the box!

What makes Sui Dhaga-Made in India so distinct and unique is that fact that the film’s logo’s been designed by artisans all across the country. Interesting, right? Unlike other films, where logos are made with the help of computerized technology, Sui Dhaga team decided to team up with artisans across the country who’d come up with some of the finest logo ideas.

It all began with stencils. In order to make the whole thing as authenticate as possible, the team approached various artisans pan India, ranging from Kashmir to Tamil Nadu. Artisans from each state filled the stencil with intricate and beautiful embroideries, inspired by their state’s culture and heritage. These artisans believe that India’s handloom is a legacy and it needs to be upheld, they’ve defined their profound relationship with Sui Dhaga metaphorically with that of “Leila And Majnu”. They believe it’s their key to freedom and self-expression.

The trailer and logo release videos have taken the internet by storm because of the divergent idea, probably something fresh and never seen before.

Assam is known for tea plantation, one-horned rhino, and Bihu, the festival of brotherhood. When we talk about Bihu the first thing that pops into our minds is Bihu Dance and women wearing gorgeous Mekhela Chador.

Mekhela Chador is a traditional Assamese attire draped by women. However, it isn’t saree. Saree comes in one piece, whereas mekhela comes in a two-piece. Usually made up of cotton, Muga, Pat silk and Eri silk, Mekhela Chador comes in vibrant colors of red, blue, green embroidered in floral geometric prints.

Sualkuchi and Mekhela Chador go hand in hand. Sualkuchi is the “Manchester of Assam”, it brims with handloom industries. Here, in Sualkuchi, people earn their bread mostly by weaving, most of them are engaged in cottage industries especially handlooms. Though, with the passing years, Sualkuchi hasn’t been able to keep pace with the growing demand for readymade garments and has witnessed some lows.

Sanjukta Dutta, hailing from Assam, is a torch bearer for the revival of Assam’s handloom industry.
Sanjukta, an engineering graduate, left her government job and chose to follow her passion fearlessly. She always knew that she had a thing for handloom, Mekhela Chador inspired her. Sanjukta started her endeavor with handloom with the support of over a hundred artisan families. Mekhela chador weaving is customized and a very tedious process. She believed that the artisans weren’t paid enough for the work and effort they’d put. Highly empathetic Sanjuka, hence, started to provide the artisans three times more remuneration along with fringe benefits like medical assistance, meals, and lodging. Sanjukta Dutta’s belief in herself & her artisans helped her reinvent the current situation of Handloom work artisans in Assam for the better and her work has been highlighted in the latest video from YRF narrated by Varun Dhawan and Anushka Sharma.

Sanjukta has designed Mekhela Chodor for British Royal family(one of her best and notable works) and many Bollywood celebrities, for instance, Preity Zinta, Bipasha Basu and a lot more. She has buyers and admirers from all around the world-U.S., U.K., Dubai, Singapore, Abu Dhabi, Australia, Doha, and Malaysia. 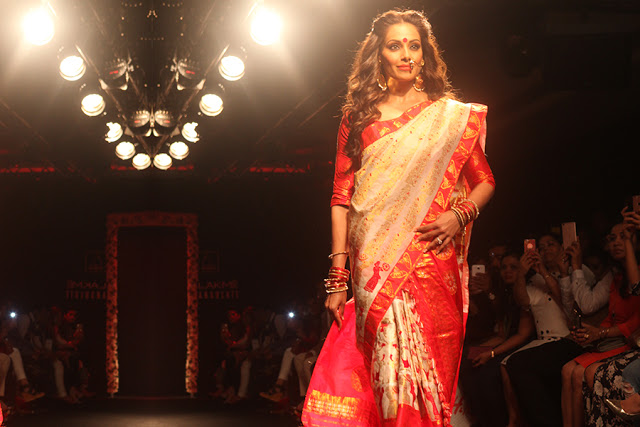 Dreamgirl Hema Malini walked on a ramp with her beautiful daughter Esha Deol for Sanjukta Dutta at Lakme Fashion Week 2018. 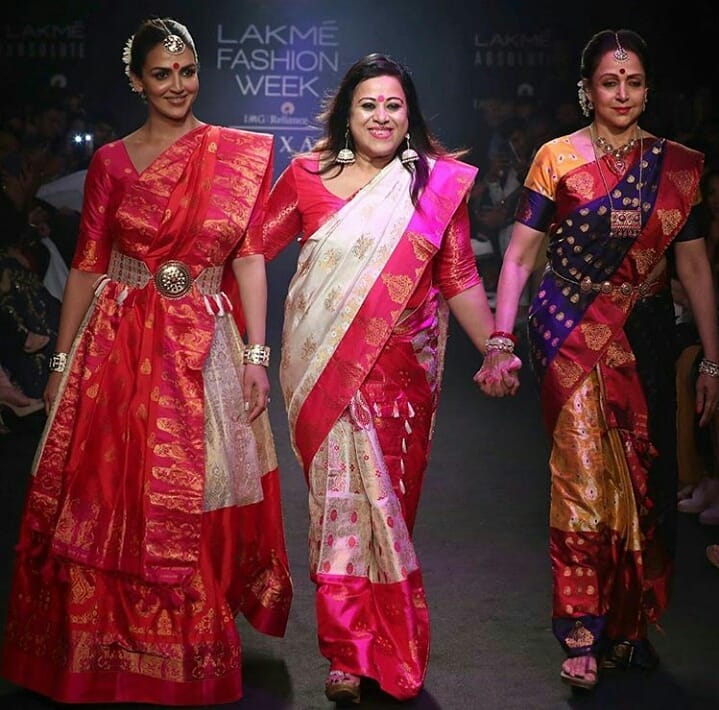 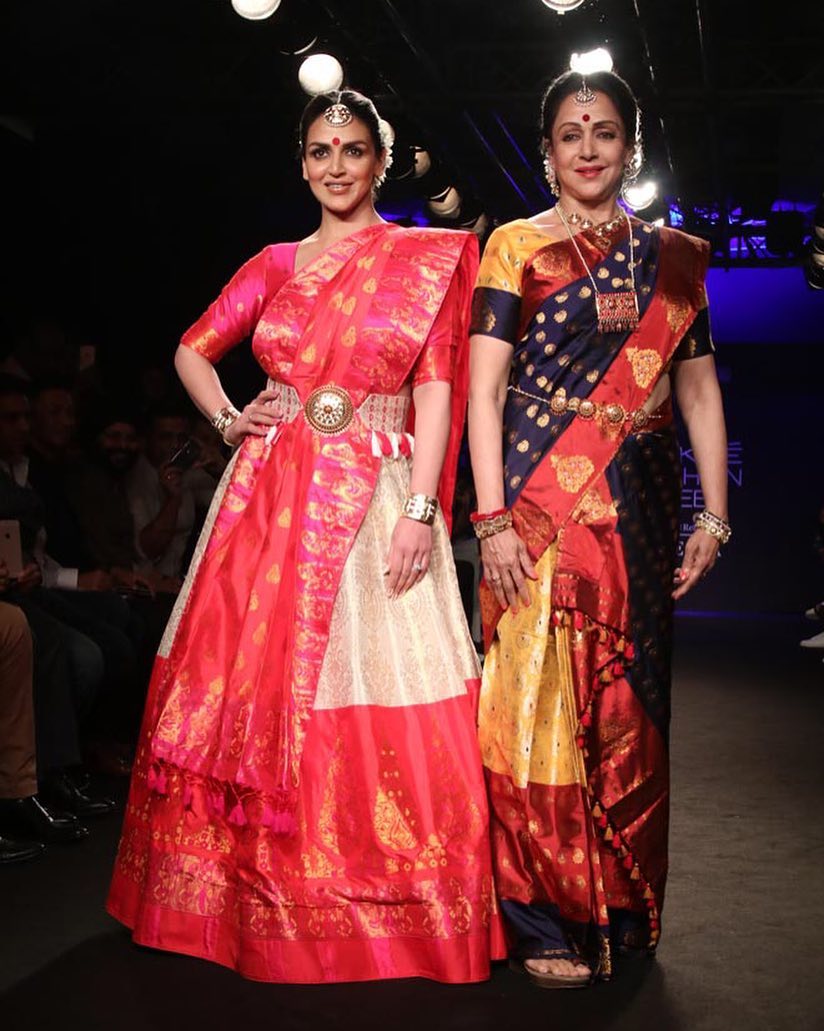 To keep up with the changing times, Sanjukta modified the traditional motifs with a modern blend.
Dutta is definitely a true inspiration indeed! 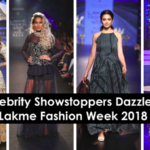